Not only is the Masai Mara one of the greatest wildlife reserves in Kenya, it is also unique in that it is not managed by the country’s wildlife services but rather by the local communities.Located on Kenya’s south western boundary with Tanzania the Masai Mara Reserve joins the Serengeti wildlife area to form possibly the most dramatic wilderness area on the continent.

There are no fences separating where the two countries, Kenya and Tanzania meet, and no fences between the reserves and the surrounding private conservancies. Allowing free passage for all the wildlife, to continue to move from South to North and back again, as they have done for centuries. 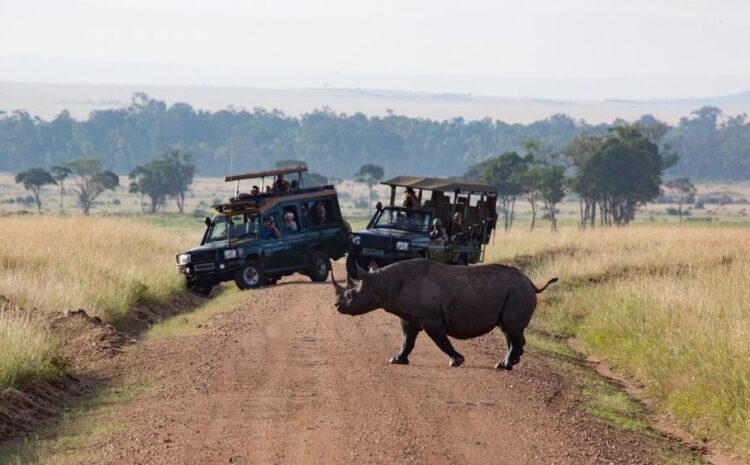 Location: The reserve is in the Great Rift Valley in southern Kenya and borders the Serengeti plains in Tanzania.

The Mara is just a few degrees south of the equator, so length of day and temperature do not fluctuate very much.

Climate: Temperatures vary between 20oC (68oF) and 30oC (86oF). Mornings in the reserve tend to be bright and clear, but in season, rains develop in the late afternoon and evening. The thunderstorms here can be spectacular.

Best time to visit: The reserve is accessible year-round, but the peak season is July through October during the migration. Peak rainfall is in December – January and April – May.

Operating Hours: The reserve is open 24 hours a day. The main roads here are always accessible. However, the game viewing roads can only be used by 4 x 4 vehicles during the rainy season.

By road – you can book a tour with Timken Tours from the coast or Nairobi.

By air – fly in safaris can land at the park’s all-weather airstrips – Musiara, Keekorok and Olkiombo.

Things to do and see
Game viewing  – One of the premier game viewing spots in Kenya, if not the world, the Mara hosts an unending chain of wildlife. The odds are good that you will spot all the famous “Big Five” game throughout the reserve’s seemingly endless horizons.

The Great Migration – Perhaps the most impressive wildlife procession on the planet, you shouldn’t miss this massive display of over 2 million animals responding to the ancient cycles of nature. The sight of thousands upon thousands of animals storming over the Mara River is unforgettable.

Balloon Ride Over the Mara  – Experience the Mara coming to life in the early morning mists. In this once-in-a-lifetime adventure you’ll witness an endless river of herding wildlife below, snaking off to the vast horizon.

Visit The Masai Mara With Us